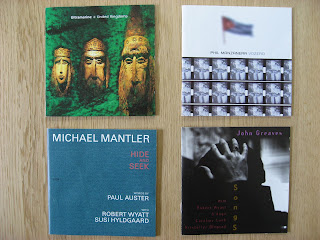 When you have bought all records by Robert Wyatt (in his own name, or with his bands), I'm sure you want to get some of the albums he is a guest on (do you ever say "no", man?). Here are some suggestions from wyattandstuff, to help you get stuff where Wyatt really is a part of the project. Later we will perhaps make a list of records and tapes where he talks about child work, makes insect sounds and so on.
You pop- and rock people start buying from the top of the list. All you intelectuals, who think art music is a lot of fun, start buying from the bottom.