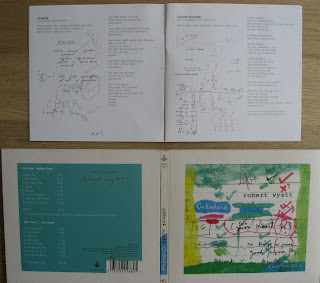 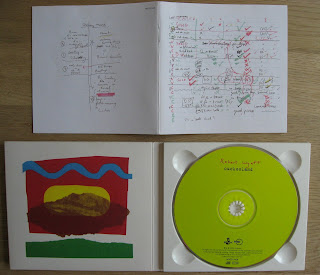 Six years after the fantastic record "Shleep", Robert Wyatt's "Cuckooland" (Hannibal/RYKO 2003) was ready. Here you mainly get original songs by Wyatt, Benge/Wyatt and Karen Mantler, 16 songs all together. After the beautiful "Lullaby for Hamza" you even get a 30 seconds long break, and it is quite Wyatt-like to call the two parts of the album "neither here..." and "....nor there". Friends on the album: Karen Mantler, Brian Eno, Paul Weller, Gilad Atzmon, Annie Whitehead, Phil Manzanera, David Gilmour and more. You get both the finished lyrics, and copies from Robert Wyatt's sketchbook. You just have to buy this one too.
Posted by Svenn at 4:43 PM