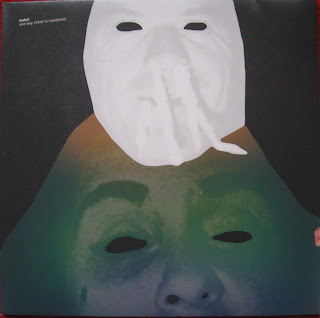 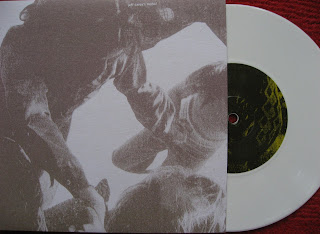 Rune Grammofon releases two Moha! records this year. First out was the 7" "Jeff Carey's Moha!" (white vinyl) and now the album "One way ticket to candyland". This is prognoise, and with a surprisingly high rock factor. If you can take a little noise, this might be for you too, if you are not put off by bands getting rave reviews in newspapers. Moha! is Anders Hana (g, keyb, drum machine!) and Morten J. Olsen (dr). On the 7" Jeff Carey joins, and both he and Olsen play something called "supercollider3". This makes me think of CERN and black holes and the world going too pieces, but in fact Moha! makes the perfect soundtrack to thoughts like that.
Posted by Svenn at 7:54 PM