An introduction to Syd Barrett 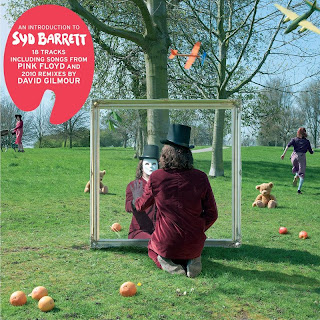 In the beginning of October EMI will release a Syd Barrett collection called "An Introduction to Syd Barrett". It will contain material both from his Pink Floyd days and his solo albums. The music is remastered, and some tunes are remixed by David Gilmour.
Since "I love you" from "The Madcap Laughs" (1970) is here, I guess we may add another record to the Robert Wyatt discography too.

If you buy the CD, or download from iTunes, you will get a code that will give you access to a download, being a long instrumental called "Rhamadan". Probably a must, heh?

I found the info and the cover on the David Gilmour blog.

And David Gilmour is also on album together with The Orb!
Posted by Svenn at 8:06 PM