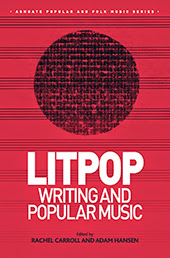 One of the chapters is called "You can’t just say “words”’: Literature and Nonsense in the Work of Robert Wyatt", and is written by Richard Elliott.

You may read a PDF of the article on Wyatt (pre-publication draft).

From page 1: "Both solo work and collaborations have strengthened Wyatt’s connection to a variety of art worlds – literary, musical, visual, avant-garde – influenced by the linguistic turn of the twentieth century.
This chapter offers a selective assessment of such art worlds by examining connections between Wyatt’s work and a range of literary voices, particularly those associated with nursery rhyme, nonsense verse and absurdism. A further aim is to explore the role of sense and nonsense in popular music."
Posted by Svenn at 7:22 PM