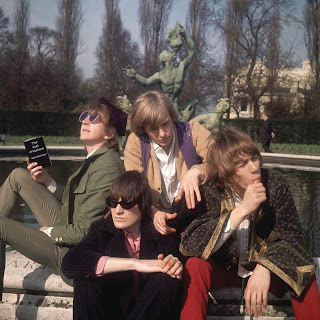 OK, so some of you found a Soft Machine LP on Record Store Day?
Not here in Bergen, Norway I believe.

Hibou, Anemone & Bear seem to know that it´s called "Wonderland", and if you follow the link to get there, you will find the tracks too.

All songs are probably taken from the Secret Records 2014 release "Tanglewood Tails".

Me, I came home from Record Store Day with a Todd Rundgren 12" (with Lindström and Emil Nikolaisen) and a 10" with Frank Sinatra. On my way home I picked up the first Incredible String Band album in a used store too, focusing on no style or genre as usual.
Posted by Svenn at 9:37 PM