Janek Schaefer "What Light There Is...." 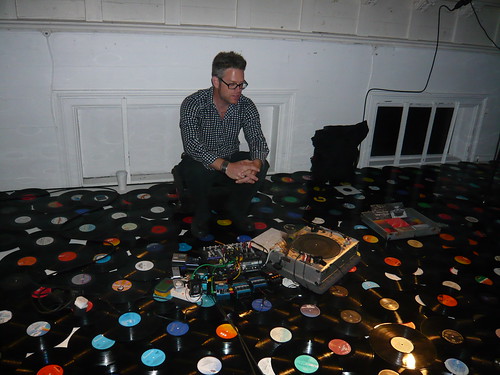 Janek Schaefer´s new Robert Wyatt inspired album "What Light There Is Tells Us Nothing" will be out October 26 2018 (Temporary Residence).

"In 2014, Schaefer was commissioned by the Sounds New Festival in Canterbury, England to craft a new, original piece of music made entirely of elements from Robert Wyatt’s Cuckooland album. Originally designed and presented at the festival as an immersive, multi-channel radio installation, the 21-minute cloud of sound was a sublime meditation on the profundity of Wyatt’s work, and its transporting idiosyncrasies. With Wyatt’s blessing, Schaefer adapted that piece into the side-long opus, “What light there is tells us nothing,” and complimented it with seven new, original compositions that not only exist in the same wondrous space, but echo its playfully poignant resonance well after the album has ended."

Another blog post on Schaefer and Wyatt right over here.

(Photo from a concert at Lydgalleriet in Bergen (Norway) 2009).