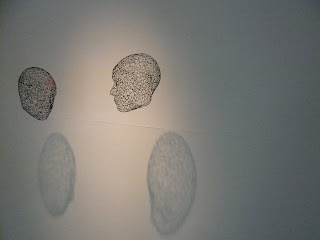 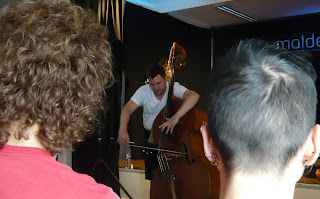 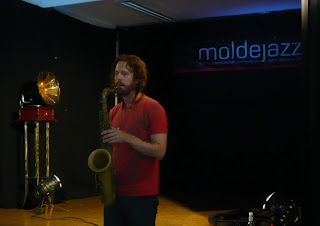 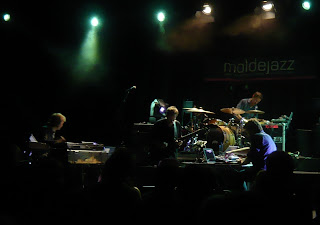 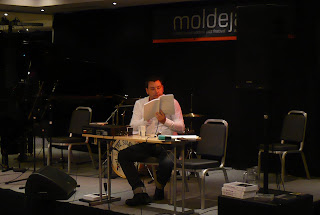 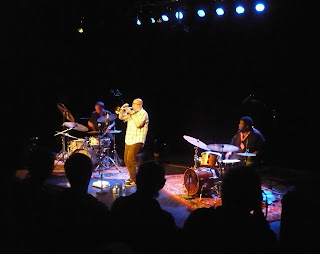 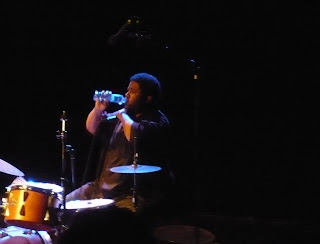 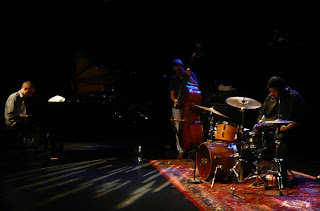 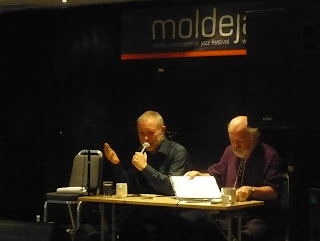 - Festival artist Gjertrud Hals in the gallery Kunstnersentret Møre og Romsdal.
- Michael Duch and Kjetil Møster did some fantastic solo concerts at the venue Reknes.
- Supersilent is Supersilent, even with John Paul Jones in the band.
- Michael Duch spoke about his thesis on free improvisation at the Festival Academy.
- Magnus Broo, Paal Nilssen-Love and Tyshawn Sorey played some hot improvised music at Forum. One trumpet and two drummers, one of them Sorey, who did some cleaning and drinking as part of his playing too.
- Tyshawn Sorey was at it again with John Escreet Trio for an afternoon concert Friday, with Escreet (p) and Eivind Opsvik (b). What a powerful trio! And Sorey was at it again, I was almost impaled by a drum stick. The first row might not be the best place with him on stage.
- Dave Holland talked at the Festival Academy, and did five concerts as Artist in Residence. I attended a fine solo concert and the final concert of the festival in the Molde Church with Thimar. Dave Holland (b), John Surman (soprano, bass clarinet) and Anouar Brahem (oud) dedicated their music to the victims of the terrible killings in Oslo and on the Utøya island the previous day.
Posted by Svenn at 9:13 AM