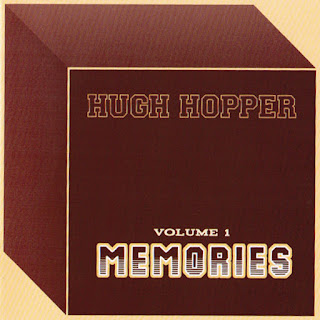 I have not started buying or listening to the 10 CD series dedicated to unreleased (true for all tracks??) material from Hugh Hopper yet (Gonzo 2014-2015), but at least I have started to check out the info on the net! On Discogs you may find out the track lists and the personnel of each CD.

Robert Wyatt is present on:

And perhaps on "Bass on Top" Vol.8 too! According to Discogs: "..snippets of Robert Wyatt's background vocals were added to the recording by Hugh Hopper, but Wyatt is not credited on the release; it's not 100% sure that recordings of his voice were actually used".

Any reviews around that we should have read?
Posted by Svenn at 12:41 PM