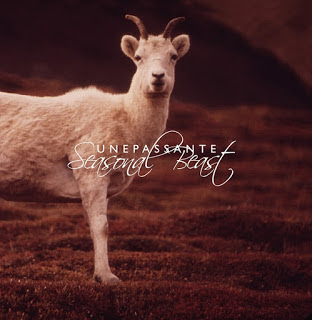 The Florentine chats with Giulia Sarno over here.

"MD: Tell us a bit about the title,  “Seasonal Beast”, and the disarming cover image.
GS: The album’s title is borrowed from a verse of Robert Wyatt's “Sea Song”. These words evoke an ever-changing emotional state with which I identify very much. As for the cover, I found myself immediately moved by this animal’s reciprocating glance. I try to steer clear from iconographic binging because I believe in the importance of maintaining clarity of vision. This is the reason why I don't use Instagram or other image-based networks."
Posted by Svenn at 7:28 PM