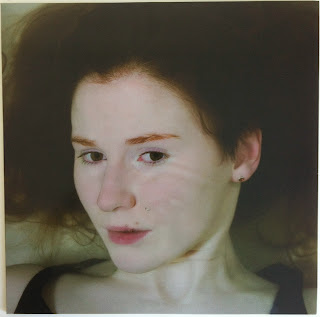 The music is field recordings with Stine Motland´s vocals. She is breathing, humming and screaming to the sounds of cities, shops and natural environments, sometimes making it hard to know for certain if you hear human vocals or animal/machine sounds. Fascinating and fun stuff indeed, demanding concentrated listening.

"The recordings were made at various outdoor and indoor locations in Norway during the summer and autumn of 2013. The idea was to place Stine in challenging sonic environments, and to explore how the surroundings affected the performances. The locations were picked for their sonic qualities".

And as if this is not enough, the record company +3dB is releasing a solo album by Motland too, called "OK, WOW" (CD)!
This one is a bit late I guess, since she was promoting it in Bergen in March 2013!

A double release concert is happening at the bookstore Cappelens Forslag (Norwegian link) in Oslo on the 9th of May.
Posted by Svenn at 2:07 PM