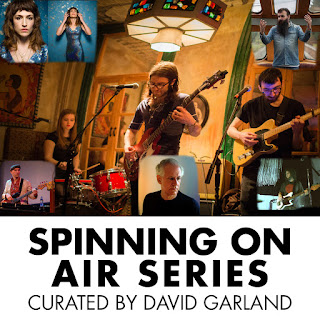 Damn, I am one day late with this one:

"These gently-chosen musicians (and their constituents) play the music of the aforementioned and much-beloved man, as well as extrapolate (speculate?) as to his influence and his influences.
original compositions by the performers also figure in the proceedings, played in loving tribute to his impact on this modern past and the past’s post, as well as our imminent future.
Invisible Familiars are lead by Jared Samuel. he has played with Cibo Matto, Goastt, Superhuman Happiness, Martha Wainwright, Sharon Jones, Yoko Ono and more.
Collaboration featuring:
Joan Wasser
Oren Bloedow (Elysian Fields, 101 Crustaceans) & Adam Minkoff
Ryan Sawyer (Thurston Moore, Boredoms, Charles Gayle)
David Garland
Invisible Familiars
Michael Leonhart (Steely Dan, Plastic Ono Band, Truth & Soul Records)"

Info and picture stolen from the Roulette Events site.

Let´s hope for some videos from the show.
Posted by Svenn at 1:36 PM

a recording of the show!

Thanks a lot! Back from holiday now, listening myself, and will make a blog post soon