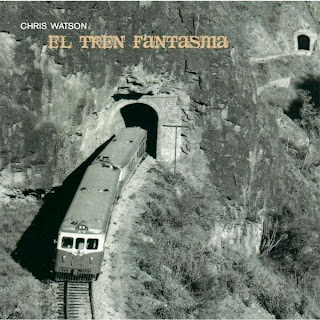 Come on, let´s go by train, crossing Mexico, from Los Mochis to Veracruz, in 65 minutes!
Chris Watson has been field recording, weather, animals and glaciers for some time, and here he has made a fantastic piece of music/soundscape using recordings from a train ride (originally for a BBC radio production).

On "El Tren Fantasma" (Touch 2011) we listen to the sounds of the ghost train on the tracks, people on the train and on the stations, insects and birds, all beautifully mixed to make a fantastic trip!