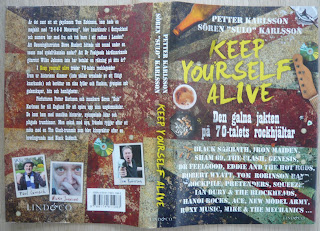 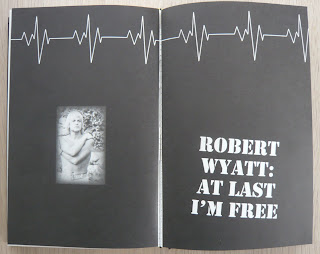 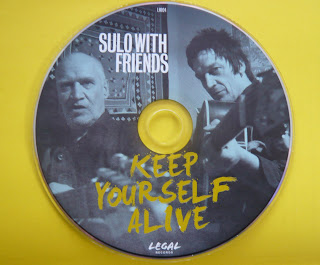 Make a quiz for Christmas: Who were they, what bands did they play in etc.
You may also start a discussion on rock and gender of course, but let me just point out that the authors had an agreement with the one and only Suzi Quatro, but she hurt her knee (quite bad I´m afraid) and had to say no thanks.

While some of the legends are still active (Steve Hackett (soon visiting Bergen) and Robert Wyatt), others are out of the game, but with wild stories to tell.

The Robert Wyatt interview is quite nice, with Robert not wanting to make too much fuzz about his own person, modest as usual. Instead he honor other rock stars, jazz drummers and the ordinary workers who pay their taxes!

The authors are on pretty thin ice some places here. They let one of the interviewed artists (i won´t blow his cover) tell us that Robert Fripp played in Henry Cow, a sight I´m not sure I´d like to see!

On Robert Wyatt they claim he is mixing his records in the studio of the Doors´ keyboard man Ray Manzarek!! They might mean Roxy Music´s Phil Manzanera!?

Not that the damage is going to be any better or worse, but Wyatt is in a wheelchair because he fell from Lady June´s apartment in 1973 I think, not Gili "Gong" Smyth´s (as they write).

With the book you get a CD where Sulo play old hits with several of the artists interviewed. Robert Wyatt instead asked Sulo to write som lyrics to the title "Enjoy the risk", and he plays piano to Sulo´s vocals and Magic Gunnarson´s saxophone.
A nice, little (less than 2 min.) tune.