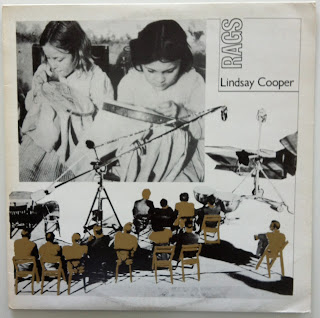 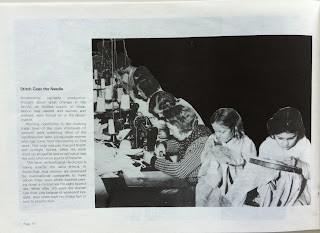 Let´s hear it for Lindsay Cooper (bassoon, oboe ++) today. She is perhaps best known from Henry Cow, but has played in numerous projects and bands (News From Babel, Art Bears, Hatfield and The North, National Health etc etc), and has released several solo albums too.

The other night I was listening to "Rags" (ARC 1980), her first solo album (and I´m sorry to say the only one I own so far). The album is a tribute to the needle women and workers of London of 1830s and 1840s, and the music is some kind of radical prog in the neighborhood of Henry Cow and Art Bears (please don´t hate me for that one). On "Rags" Lindsay Cooper is joined by Georgie Born, Phil Minton, Fred Frith, Chris Cutler and the singer Sally Potter, who is also a well known film director.

After playing "Rags" I found "Oh Moscow" on YouTube, recorded during the "Unidentified Movement" Festival in Volgograd (1991).

Musicians in the video:

Wikipedia says that Lindsay Cooper was active until 1998. If you have other info, please comment.

And we have a Robert Wyatt link: "The Last Nightingale" (1984) with Chris Cutler, Tim Hodgkinson, Lindsay Cooper, Robert Wyatt and Adrian Mitchell, released to raise money for striking miners.

I have three links to give for information.
The first one is a good discography:
http://lindsaycooper.fanspace.com/
The second one is a well-done bio:
http://calyx.perso.neuf.fr/mus/cooper_lindsay.html
The third one is the news that you can buy the official cd version of her "Rags" + "The Gold Diggers" for £5 from the ReR sale:
http://www.rermegacorp.com/mm5/merchant.mvc?Store_Code=RM&Screen=SPECIALOFFERS
where you can also find cds by News from Babel (music by Lindsay Cooper), Sun Ra, Amm, Haco (with & without After Dinner), Biota/Mnemonist, Blast, Brainville3, Brian Woodbury, Venosta, R Stevie Moore, Ossatura, Necks and many more, all for £5.
Best
Alessandro