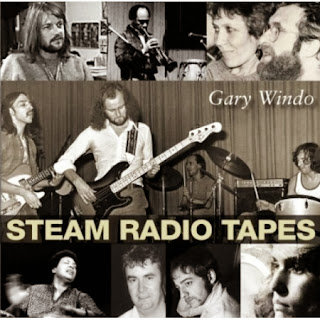 I just ordered "Steam Radio Tapes", which has Robert Wyatt on it. A couple of tracks ("Is this the time?" and "Standfast") are probably the same as the ones you may find on the albums "His master´s bones" (Cuneiform 1996) and "Angloamerican" (Cuneiform 2004), but there might be more with Wyatt? Anyone?
Posted by Svenn at 8:42 PM

Robert Wyatt is singing on 1 track only "Is This The Time". This is the same track that was released on Gary Windo's "Anglo American" some years ago.
see details of the album here :
http://www.discogs.com/Gary-Windo-Steam-Radio-Tapes/release/5304913

Thanks! I found out, but forgot to make a follow-up post to this one. Sorry. But it´s a nice album anyway :-)