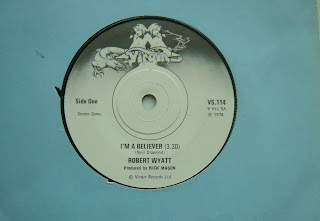 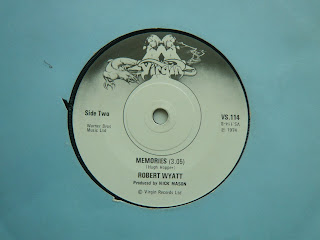 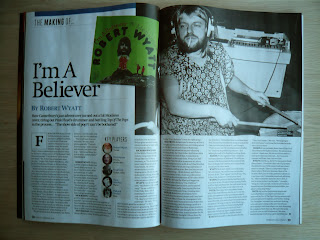 The February issue of Uncut (2014) has three pages on the making of Robert Wyatt´s version of the Neil Diamond penned song (and Monkees hit) "I´m a believer" (Virgin 1974).

"It hit No 29, did it? I´m too posh to think about charts...It´s not the chart side of music that interests me, it´s the music itself and what it means to people" (Robert Wyatt).

Robert Wyatt on Top Of The Pops here (spot Andy Summers, he´s not on the record), The Monkees´ version here and Neil Diamond´s here.
Posted by Svenn at 6:52 PM