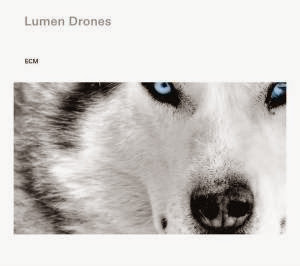 Nils Økland plays fiddles, Per Steinar Lie guitars and Ørjan Haaland drums, and they make the most beautiful psychedelic drone folk on their new "Lumen Drones" album (ECM 2014)!
As usual I won´t say much else than - listen to this!, but you should read the fine review on Dalston Sound at least.

On the ECM site they claim to be influenced by the Doors, The Velvet Underground, Sonic Youth, Durutti Column and “the jazz of the Dave Pike set” (Lie and Haaland both play in the Norwegian band Low Frequency In Stereo), and Dalston Sound can hear some Dirty Three in there. And Nils Økland is weaving folk through and around the rock.

Listening to the slowest pieces (like "Dark Sea") I started to think of Earth with fiddles added, not that these guys are copying anybody.