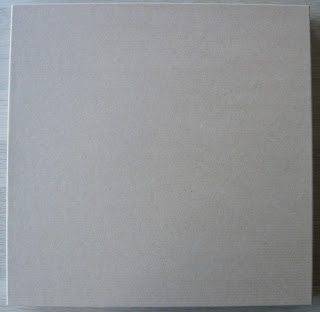 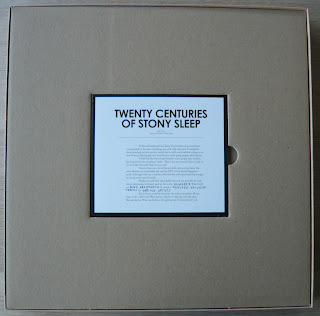 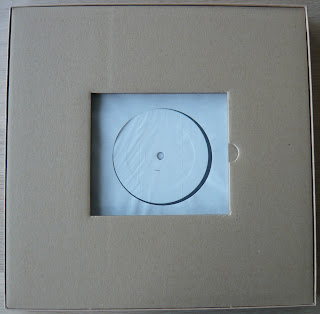 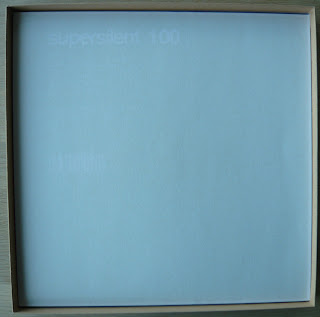 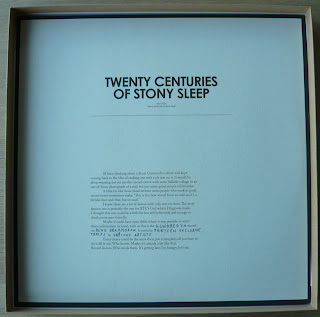 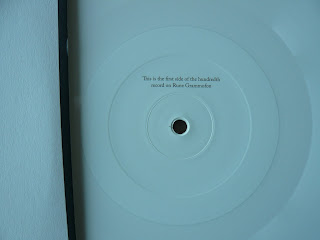 Rune Grammofon´s release number 100 is on the market, and it comes in different formats. "Twenty Centuries Of Stony Sleep" is a collection of previously unreleased material from Rune artists. You may choose between a CD or a double LP with black vinyl. There is also a jubilee box, but only 100 copies made.
I´m one of the lucky hundred, who now own the mentioned CD, the mentioned double album (but on white vinyl), Supersilent 100 (a live recording on clear vinyl) and a 12" black vinyl with a locked groove, containing music by an unknown artist.

The package is discreet as usual from Rune Grammofon and Kim Hiorthöy. A cardboard box and the rest in white, black and clear, and very little information given.
I just might get back to the music later. You never know.

More over at Rune Grammofon.
Posted by Svenn at 8:06 PM

can you upload it?
lost the chance to buy