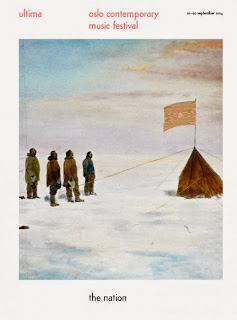 Unfortunately I´m not going to any of them, but I hope some of you have the chance.

Ultima´s theme as described on their site: "2014 is the 200th anniversary of the Norwegian Constitution, and under the theme “Nation”, the festival will focus on how a local musical identity is expressed in the context of an international, digital world".

Some of the artists have been visiting this blog quite a few times: Jenny Hval & Susanna, Maja Ratkje, Helge Sten, Karin Krog and John Surman (he was 70 yesterday, congrats!).
Posted by Svenn at 9:28 AM