Music and the brain 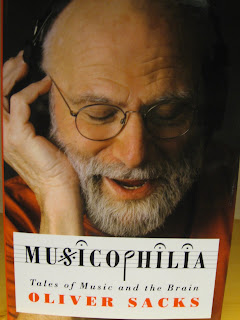 Music may go straight to your heart like a cannonball, and rumors tell that it can even move other parts of the body. Oliver Sacks writes about music and the brain in "Musicophilia. Tales of Music and the Brain" (Knopf 2007). Sacks, who wrote "Awakening" (filmed) and "The man who mistook his wife for a hat" (later an opera), seems to have at least one patient or pen pal for every disease in the world. In this book he tells us about music and dreams, hallucinations, epilepsy, blindness, depression, hearing loss, dementia and feelings (puh!). It's classical music when Oliver Sacks talks about music, but this book is for everyone with music on their mind.
Posted by Svenn at 6:02 PM