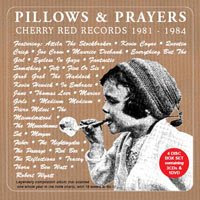 Samplers with lots of different artists on them have a tendency to be tempting, bought and just placed on the shelf. Or? Let me just mention a quite new reissue of "Pillows and Prayers: Cherry Red Records 1981-1984" (2007). This is a box with three CDs and one DVD with artists from Cherry Red, like Eyeless in Gaza, Tracey Thorn, Marine Girls, Everything But The Girl , Kevin Coyne, Monochrome Set and least, but not last, Ben Watt and Robert Wyatt's "Walter and John".
Posted by Svenn at 6:15 PM