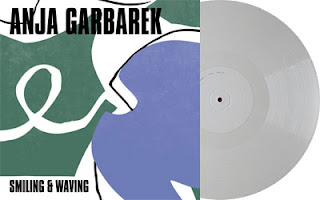 I was not aware of this release until this afternoon, but a version of Anja Garbarek´s "Smiling and waving" from 2001 was released on white vinyl (180 g) last year (Holland ToneFloat 2008). You also get a 7" with "I Won't Hurt You" and "Blinking Blocks Of Light". "The Diver" with Robert Wyatt singing is on the LP of course, and also the original version of "Stay Tuned", that Wyatt covered on "Comicopera". Only 500 copies made. (The picture is from CrazyDiamond).
Visit Anja Garbarek here.
Posted by Svenn at 6:58 PM