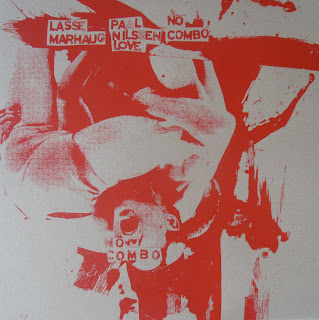 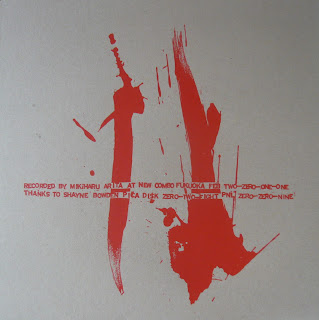 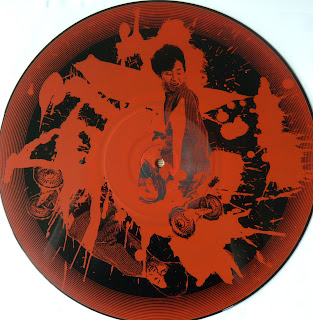 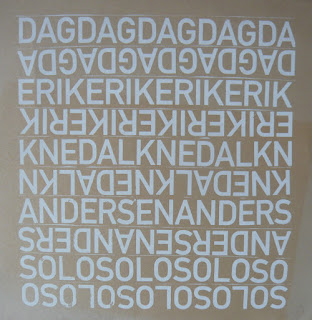 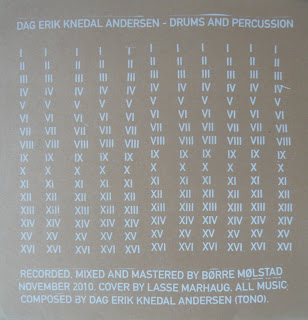 Don´t wait too long if you should happen to be interested in these albums. Only 100 copies made of each. Try desperately at shops like: Looop, Tiger and Robot.

Paal Nilssen-Love/Lasse Marhaug: "No Combo" (Pica 028 (in cooperation with PNL), 2011) was recorded live at the New Combo Club in Kukuoka (Japan) in February 2011. Music on one side, art on the other. The artist might be Lasse Marhaug, but no info is given.

The drummer Dag Erik Knedal Andersen just released his first solo album! The music was recorded in November 2010, the cover is designed by Lasse Marhaug and there seems to be no record company behind this album.

How do they sound? I don´t know, my house is invaded by carpenters and other handy men, and I had to hide my record player. But who cares as long as the covers and designs are cool, and the number of copies are limited?!
Posted by Svenn at 11:05 AM