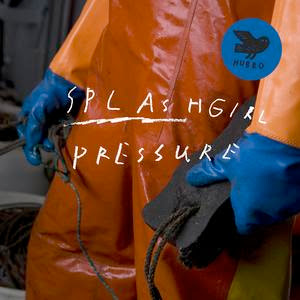 Splashgirl is Andreas Stensland Løwe (piano, electronics), Jo Berger Myhre (bass) and Andreas Lønmo Knudsrød (trommer). Just order their new album "Pressure" (2011) right away! This is their second album on Hubro, and it´s melodious, varied and parts of the album are extremely beautiful (but still not too sweet!). According to their home page Splashgirl play "their own music inspired by any number of musical genres".
Guest musicians on the album are Juhani Silvola (g), Erik Johannesen (tb), Martin Taxt (tuba), Lasse Passage Nøsted (tape feedback, field recordings) and Mari Kvien Brunvoll (voc). Guitarist Silvola is nodding towards Earth more than once, and the Earth and Sun O))) producer Randal Dunn has been mixing too.

You might want to read some real reviews, like the ones over at AAJ and The Jazz Mann, but it´s really a waste of time

As if this is not enough, Hubro also released a split LP with Splashgirl and Huntsville. Only 250 copies made, and you have to fly over to Hubro to shop.
Posted by Svenn at 8:36 PM