The End Of An Ear 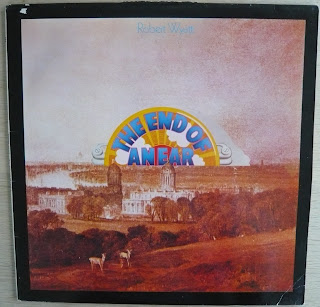 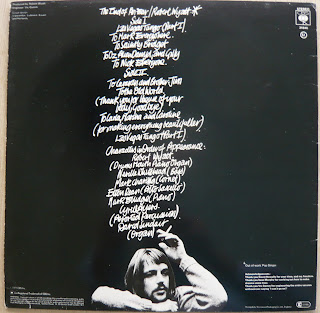 Damn! I have forgotten to order the new and remastered version Robert Wyatt´s solo album "The end of an ear" (Esoteric 2012)! A newly written essay is supposed to be part of the package too.

"The end of an ear" was recorded in August 1970, and was released 4th of December the same year.
This is Robert Wyatt´s first solo album, and it is a mix of free jazz, avantgarde and vocal improvisations. This is not where you start to buy Wyatt albums, but you might end up here, if you are not careful.

Track 1 and 9 are composed by Gil Evans, the rest by Robert Wyatt, and Wyatt´s tunes are dedicated to the people mentioned in the parantheses:

Buy at Burning Shed or wherever you prefer.

In Michael King´s "Wrong Movements. A Robert Wyatt History" (1994) you may read an interview, where Robert Wyatt says he was really depressed after recording Soft Machine III, and the other guys let him record a solo album, because the expected him to do more "Moon in June" stuff, that did not interest them anyway.
Wyatt says that what he did was stretching out, and explains: "I like a touch of madness, it´s one of my favorite human characteristics".

I might come back with some more info when the record is in da house.
Posted by Svenn at 10:31 PM