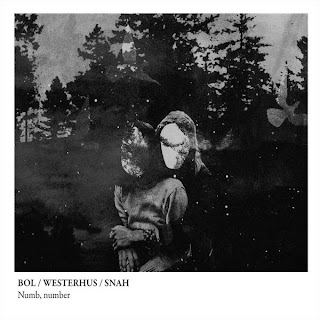 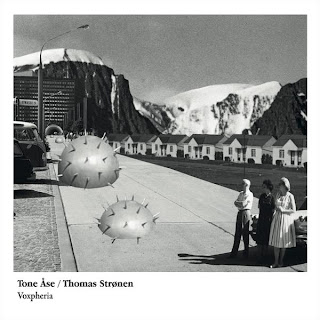 During the Bergen International Festival last week, I heard Tone Åse perform a great "sound novel" at one of the concerts in Maja Ratkje´s series "Voices that matter".
I have heard Tone Åse in the vocal quartet Kvitretten (Norwegian link alert), but missed out on the band Bol until they hired Stian Westerhus and Motorpsycho´s Snah (Hans Magnus Ryan) for the album "Numb, number" (Gigafon 2012). Bol is Tone Åse (vocal/ electronics), Ståle Storløkken (keyboards/sampling) and Tor Haugerud (drums/electronics), and they have released records since 2001.

And not only that! Tone Åse also released "Voxpheria" with drummer Ståle Storløkken on Gigafon (2012).
Both of the albums have lyrics by the poets E.E. Cummings and Rolf Jacobsen, and on "Numb, Number" they also use words by the poet Olav H. Hauge , while Tone Åse wrote the lyrics for the beautiful title track.
The poems of Rolf Jacobsen and Olav H. Hauge (originally in Norwegian) are translated into English.

Great albums, with elegant soundscapes and poetry, the Bol-album with Westerhus and Snah sporting a couple of more energetic tracks ("You Bird" og "The Western Wind").
Please check out both of them!

Cover: Rune Nergaard (Both of them I believe. I just have too make a guess on the Voxpheria cover, since I downloaded that one).
Posted by Svenn at 11:16 PM