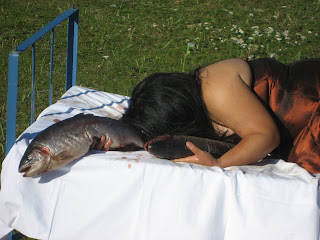 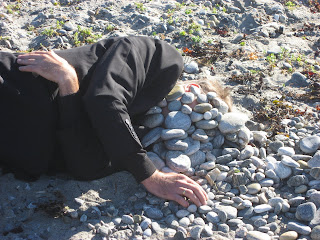 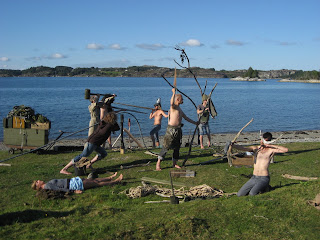 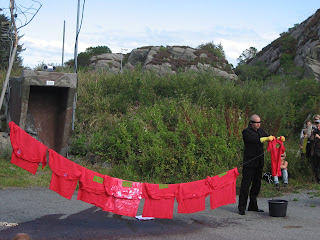 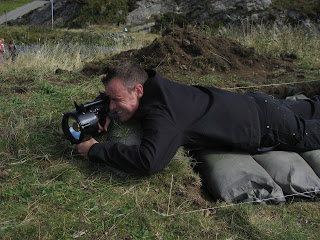 Saturday an International Performance Festival was held on the island Herdla (not far from Bergen). 10-12 different artists were using the island, and it's environment in their performances. Some of them were inside a forest for some minutes, others were on the beach, or in the water for several hours. Having a festival like this on an island in this great weather was perfect, except of course for the loud talking and bloggers taking far too many pictures *hark*.
Norwegian Kurt Johannessen was great as usual, but Indonesian Melati Suryodarmo was strange, fascinating and exciting with her perfomance "Ugo". She was in bed with two great salmons in an open field. According to the program she was there for five hours!
Norwegian aiPuto were funniest. They were preparing for a heroic picture, moving people around and telling them how to pose. When they were ready, the picture was taken, and it was over.
A lot of pictures of varying quality may be seen on Flickr. Here you get (top-bottom): Melati Suryodarmo, Kurt Johannessen, aiPuto, Roi Vaara and Roddy Hunter.
Posted by Svenn at 8:15 AM