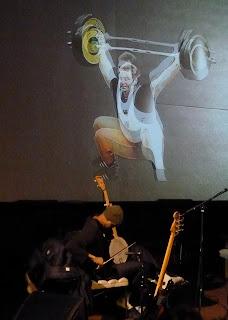 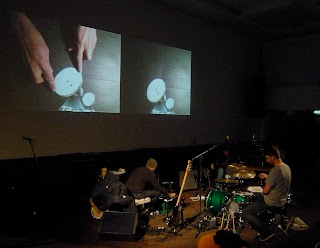 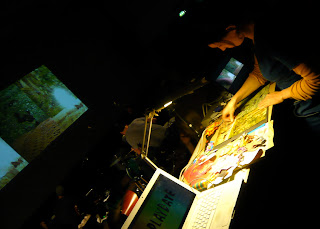 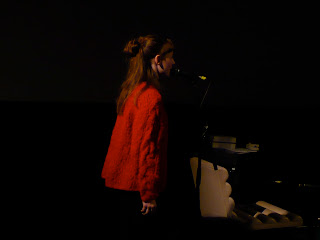 We had two release concerts in one at the PlayDate concert series at the Landmark club in Bergen Tuesday evening.

Stine Janvin Motland (last picture) did a fantastic solo concert, to promote her new album, soon to be released on the Bergen record company +3dB.

We have mentioned Bly de Blyant´s album "ABC" (Hubro 2013) already, and Hilmar Jensson (g), Shahzad Ismaily (b, banjo) and Øyvind Skarbø (dr), were great live too. No tunes shorter than one minute here (even if they have them on the album!), and they ended the show with a wild version of Prince´s "Controversy". Great fun!

Live animation worked fine with Bly de Blyant, but I´m sorry to say I din´t get the name of the animator. I really like videos/animations behind bands playing. That usually adds value to the music, at least for me.

Via twitter I got the message that the animator was Marieke Verbiesen.
Posted by Svenn at 9:43 PM