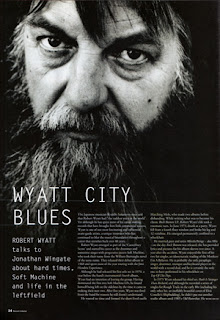 "In the past, you have compared the way you write to an animal hunting.
That's right, just snuffling about, and if it smells good, I'll go towards it. I do that with chords and with words. I honestly have no idea what it means, I'm just drawn along by my nose. The only trouble with interviews is that it sounds like everything is the result of some kind of intellectual deliberation, whereas the deliberation and analysis comes afterwards and before, but not while I'm doing it. I work entirely by instinct."
Posted by Svenn at 8:42 PM