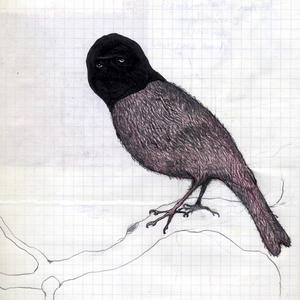 Kaboom Karavan is a Belgian project (or band?) led by Bram Boostels. They have only made an EP, before this new and fantastic release called "Barra Barra" on Miasmah (2011). As usual it is hard to describe or brand the music on this label, but try to imagine some ambient stuff and some organic improv, mixed with found sounds from instruments at work in a big hall. You get it? Atmospheric, spooky, beautiful and evocative, words I have reached for before in this blog, to describe albums that may end up as soundtracks to days going by.

I see that Miasmah points towards Bohren & Der Club of Gore, but on my wall they may just as well end up on the shelf beside Mural and Koboku Senju, released on Sofa.

Get it from shops like Tiger and Boomkat, or download from eMusic.
Posted by Svenn at 4:19 PM