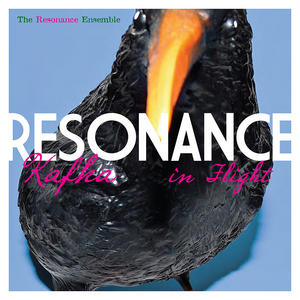 The Resonance Ensemble just released the album "Kafka in flight" on Not Two.
They offer you three long Ken Vandermark compositions, each of them (the Vandermark way) dedicated to another artist (Yutaka Takanashi, Don Ellis and Chris Marker).
The music? A strange and nice mix of hot big band style and free jazz. The tracks seem to follow the same scheme, they open with a groove, takes off in free form and the troops are gathered again in the end. The groovy (old hippie talk this?) parts are so hot, that I just want them to keep going, but OK, let´s have the free stuff too, even if I consider them separate compositions here.
Ah come on, you get the point, you just have to check this one out yourselves!

I like the way Vandermark dedicates his compositions to other artists. Not that the connections between persons and music are obvious, but at least it makes me read about new artists. A good thing!