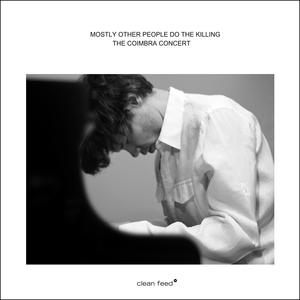 People seem to be quite happy with this lot, but so far Mostly Other People Do The Killing are not big in Norway, and seem to have gone below the radar of most journalists writing about the festival. I think this will change after the festival season!
MOPDTK is Peter Evans (tp), Jon Irabagon (sax), Moppa Elliott (b) and Kevin Shea (dr). They play post-bop, party style, or something thereabout. Check out their Køln Cons.., oh no "The Coimbra Concert" (Clean Feed, 2011). It is very, very good!

And nodding towards other artists´ record covers, like Keith Jarret´s "The Köln Concert" on this album, is something they did on earlier albums too. Read more about it, in a better blog post, over at  "Burning Ambulance".
Posted by Svenn at 4:55 PM