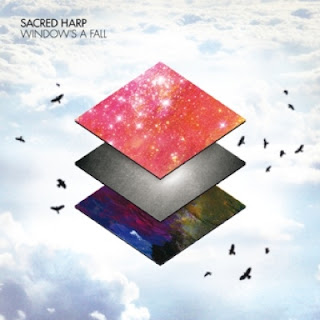 I'm not sure if the band Sacred Harp is named after a form of sacred choral music from the southern parts of USA, but I would not be surprised! Sacred Harp's album "Window's a fall" (Trust Me Records, 2011) is so varied, exciting and hard to pin down, that it would be as fitting (or ill fitting) in The Southern United States, as anywhere else.
How about a mixture of beautiful floating pop, some post punk, a bit of droning and some bombastic guitar rock? Even in the same song!
No? Well, I did not fall for this album, as quickly as I did with vocalist Jessica Sligter's solo project Jæ (Hubro, 2010), but I have played it over and over again, and I think I like it!
Check it out yourselves! I'm quite sure that prog and Canterbury fans will like it too.