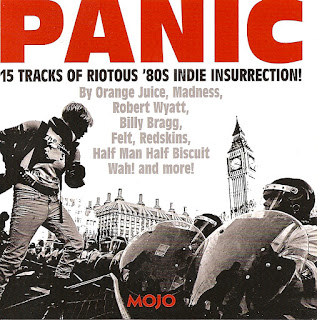 Robert Wyatt´s version of "Shipbuilding" (remastered version, from the eps Box Set) is one of the tracks on "PANIC. 15 Tracks of Riotous ´80s Indie Insurrection", glued to the front of Mojo issue 209 (April 2011).

Mojo celebrates that it is 25 years  (what??) since the The Smiths´ "The Queen Is Dead" was released, and Robert Wyatt is one of the artists interviewed. Wyatt compares  Morrissey´s directness and simplicity with words, with the one and only Ivor Cutler!

As if this was not enough,  Wyatt´s version of "Shipbuilding" is on Q´s list of "50 Ultimate British Songs" (April 2011 issue). 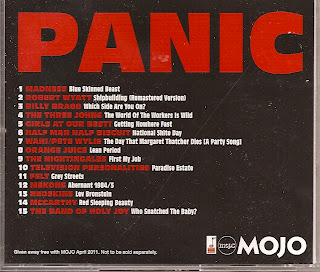