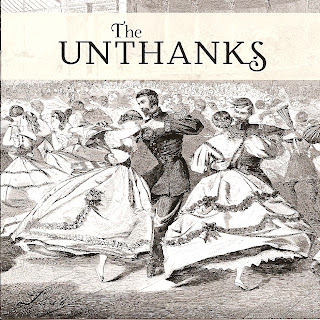 Just pull out your credit cards, The Unthanks are back with a new album called "Last" (!) (Rabble Rouser 2011). They blend traditional folk songs and cover songs into fine modern folk (as they have done on previous albums too).
Since they already made covers of Robert Wyatt´s "Sea song" and Nick Drake´s "River man", and have done concerts with songs by Wyatt and Antony and The Johnsons, I want to mention the cover songs on "Last" here.
We get Jon Redfern´s "Give away your heart" (Redfern being a new name to me), Tom Waits´ "No one knows I´m gone" (a bit nicer than the original, and perhaps not so terribly sad) and my favorite,  King Crimson´s "Starless". "Starless" is great on Crimson´s "Red" from 1974, but The Unthanks makes it their own song, with beautiful vocal and letting a trumpet (played by Lizzie Jones) play the guitar melody.
Adrian McNally writes this in the liner notes: "Like Robert Wyatt, King Crimson are one of the few prog acts from that time that outside the prog world still have some cred...".