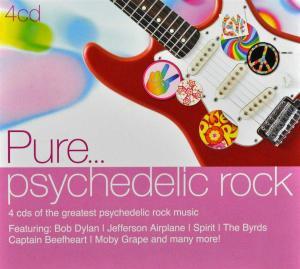 Sony released a compilation of four CDs called "Pure Psychedelic Rock" in 2010. This is some mix! You will find (among lots of others) Melanie, Spirit, Jefferson Airplane, Moby Grape, Miles Davis, Weather Report, Laura Nyro and Robert Wyatt!
Wyatt´s tune is "Las Vegas Tango. Part 1" (Gil Evans), taken from his first (and most experimental) solo album, "The End of an Ear" (1970). A pretty tough choice?

Check out all the tracks on "Pure Psychedelic Rock" here, and listen to "The End of an Ear" on Spotify, or from iTunes. Neville Whitehead (b), Mark Charig (cornet), Elton Dean (alto saxello), Mark Ellidge (p), Cyril Ayers (perc) and David Sinclair (org) joined Wyatt on "The End of an Ear". 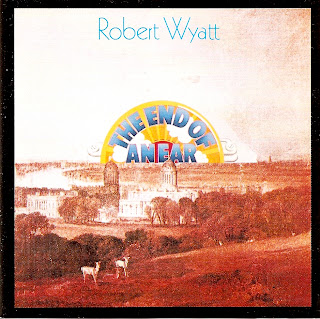 That is one weird compilation, I must say.