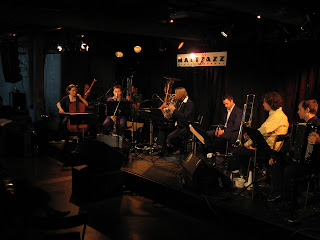 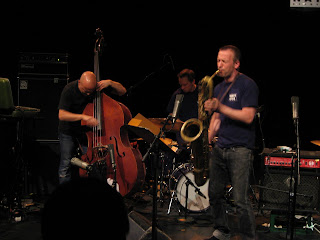 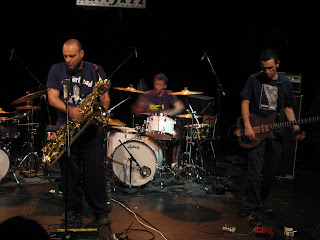 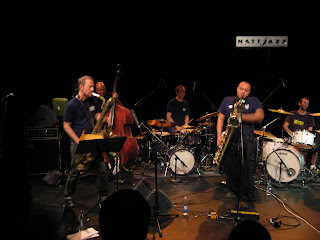 Tuesday (29th. May) was a hot night in Bergen. The summer finally arrived, and a lot of good music was served at the NightJazz (Nattjazz).
I heard Trygve Seim Ensemble, with trumpeter Arve Henriksen (check out their albums at ECM and Rune), Norwegian jazztrio The Thing (catch them live!, and buy their records) and Italian power jazz/rock/noise trio Zu (a new band for me, but I'll check out their albums). Incredible bands. Sorry I'm not a master photographer, but there is still more at Flickr.
Posted by Svenn at 6:58 PM No comments: 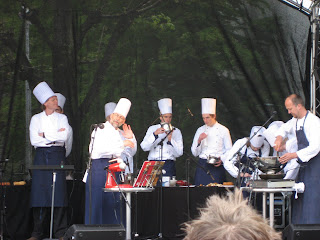 Sorry, I just have to make this very far fetched Robert Wyatt connection, with another look at the Oi Oi Festival in Bergen (Norway). Today I came upon this crazy concert with people dressed up as chefs, and making music with food and kitchen utensils. The band was really cooking, I'll tell you that, with one of Norway's most famous chefs (Trond Moi) on stage (yes we know how to cook). The bearded guy, listening intensely on the picture, is Per Jorgensen. He is on Michael Mantler's "School of understanding", and yes, Robert Wyatt is on that one too. OK, OK this is stretching it a bit (or a bite, perhaps).
Posted by Svenn at 11:01 PM No comments: 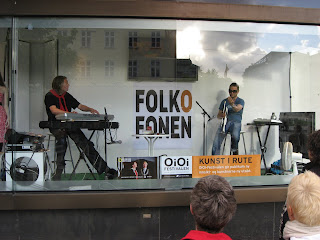 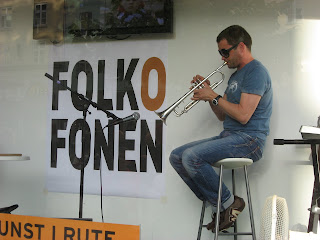 This is what you may be lucky enough to experience, if you join the Bergen International Festival 23. May - 5. June. The magnificent trumpeter Arve Henriksen playing in a shop window.
Posted by Svenn at 9:45 AM No comments:

25 most played on the I-Pod 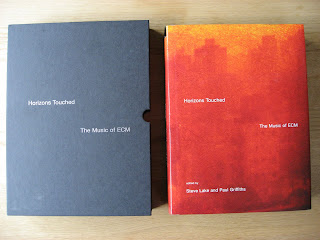 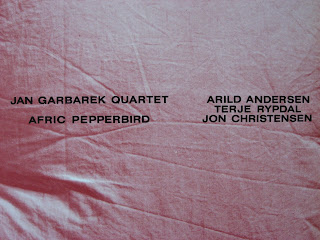 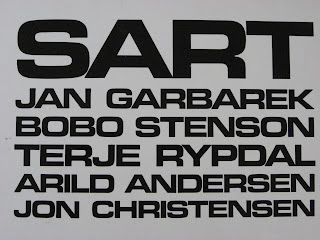 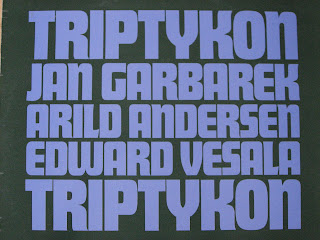 I went on an ECM binge this weekend. The book “Horizons Touched – The Music of ECM” arrived (eds Steve Lake & Paul Griffiths, Granta Books, 2007). ECM and Manfred Eicher have issued more than 1000 records with jazz, classical, European chamber music, whatever you want to call it. This magnificent coffee table book, is tempting in it’s descriptions ( I have allready been in the cellar to fetch old records). I suggest every music library get this book, even if it is not exactly filled up with critical analysis. There are some essays, a few long interviews, and short intros to a lot of musicians. It’s fun to read about the hunting for the “Nordic sound”. I think a lot of journalists can hear the sound of glaciers as soon as they see albums with Norwegian artists on ECM. The company is well known for its album covers, and Lars Mûller Publishers published the book ”Sleeves of desire” in 1996.

Dream album: A duo album with John Surman and Robert Wyatt. Thank’s a lot!
Posted by Svenn at 8:06 AM No comments: 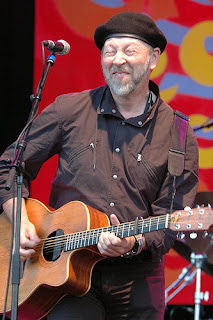 The new Richard Thompson album is on sale in a week or so. It is called "Sweet Warrior", and you may allready shop some songs on BeesWeb. The picture is taken by Bryan Ledgard.
Posted by Svenn at 8:28 AM No comments: 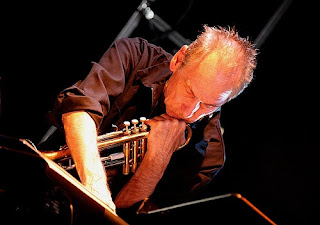 Picture by Madli-Liis Parts (thanks a lot!)

Another Norwegian festival to concider:"Punkt 07" august 29th-september 1st. How about Jackie Liebzeit (of Can fame), David Toop, John Hassel and the fantastic folk singer June Tabor at the same festival (and even more!)?
The peaceful picture of John Hassel was taken at The Molde International Jazzfestival in 2006.It was a relaxed atmosphere, but I don't think he is sleeping. Personally i like his work with Eno, and the CD with the fantastic title "The surgeon of the nightsky restores dead things by the power of sound".
Posted by Svenn at 10:16 AM No comments: 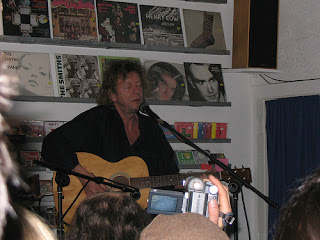 Follow Kevin Ayers on "Why are we sleeping" and listen to some tunes on Myspace. Ayers seems to be performing still (visit Norway!) and the picture is taken by BTurner (june 2005).
Posted by Svenn at 7:19 PM No comments:

Robert Wyatt appears at Haye Festival in Wales may 27th. It does not look like he is singing or playing, but is getting interviewed. I found the news on Popjunkie.
Posted by Svenn at 12:10 AM No comments:

Welcome to the voice

How about an opera with Robert Wyatt participating? Steve Nieve's album "Welcome to the voice" is on sale now. Among othe participants are STing and Elvis Costello.
Posted by Svenn at 11:45 PM No comments:

Check out this nice recording of Soft Machine from 1969! The line up is Mike Ratledge (keyboards), Robert Wyatt (drums and vocal) and Hugh Hopper (bass). Thank's to "Une Discographie de Robert Wyatt" for the tip (subscribe to the newsletter!).

I found a message i liked on Tunetourist, it looks like a new Robert Wyatt album is on the way ("Comic opera"). Scheduled issue is in june by Domino. Tell me it's true!
Posted by Svenn at 12:03 PM No comments: 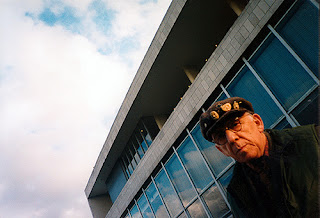 This year it is 300 years since the great Carl von Linné was born. He is the founder of the nomenclature used to name animals and plants. Nothing seems more natural than to start the celebration with a poem by Mr Cutler! A big thank you for the photo to DJ Bass (who also tells about his meeting with the poet on Flickr).

Where
man has
not been
to
give them names
objects
on
desert islands
do not
know
what they are.
Taking no chances
they stand still
and
wait
quietly excited
for hundreds
of thousands
of years. 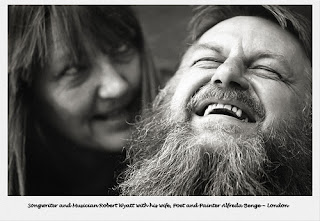 In 1991 Robert Wyatt issued "Dondestan", a fine album that got even better in 1998, renamed "Dondestan(revisited)". This one has the same tracks, but in another order, and even a videointerview. Why work on a good album? On the cover Wyatt explains that they had to finish the mix because of lack of money the first time, and "my ideas have changed a little,too: this time I went for the contrasting detailed moments, rather than the earlier goal of seamless consistency". The beautiful picture of Wyatt and Benge was taken by cromacom after the launch of Dondestan, and may be found on Flickr.
Posted by Svenn at 8:28 AM No comments: 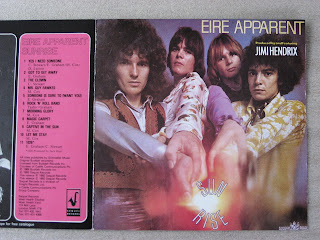 Don't forget this piece of nice psychedelia: Eire Apparent's "Sunrise". It was issued in 1969, and came on CD in 1992. Jimi Hendrix produced and played guitar, and Robert Wyatt is doing backing vocals on one track (and is thanked for "help and encouragement").
Posted by Svenn at 6:59 AM No comments: 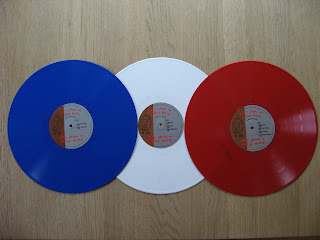 We celebrate the french election.
Posted by Svenn at 11:03 AM No comments:

On the Canterbury page in Wikipedia, I found this link to a Canterbury Family Tree. (It has not been updated since 2005.)
Posted by Svenn at 9:38 AM No comments: