Ivor Cutler on Jimmy Fallon´s Do Not Play list

It´s really hard to watch Jimmy Fallon and his folks laughing at Ivor Cutler, showing his "A Flat Man" LP and playing "Jam" (even if they kind of say they like it too in there?).

Ivor Cutler is on all my play lists!
Posted by Svenn at 10:26 AM No comments: 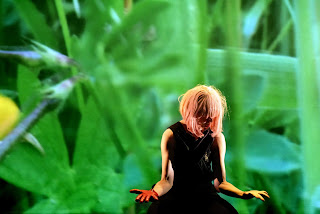 A solo performance by Mary Pearson called "FOMO, Mofos!" (Fear of missing out, motherfuckers!) is touring UK in October.

"FOMO, mofos! is a dreamlike reflection on the consequences of hyper-connectivity and continuous self-exposure. Passing through cult classic films Blow-up and Mullholland Drive and the songs of Robert Wyatt, Kraftwerk and John Lennon, it explores vigilance, rootlessness, and the human animal's desire to conquer time and space".

More info here, and here is a Facebook Event (where I stole the photo).

Hoping for some footage or a list of the Robert Wyatt songs being used.
Posted by Svenn at 7:03 PM No comments:

You may listen and buy over here on Bandcamp.
Posted by Svenn at 6:34 PM 5 comments:

A Canterbury Festival is happening at Augustine Hall Saturday 28 October 2017.

The Evening programme will present two key bands (SoupSongs and Lapis Lazuli), which articulate different aspects and eras of the aesthetic development of the ‘Canterbury Sound’:

The Soup Songs are a unique band assembled with the support and participation of Robert Wyatt, founding figure of the ‘Canterbury Sound’. A group of incredible musicians, led by trombonist Annie Whitehead, the band specialises in performing Wyatt's work with all its nuances and complexities for modern audiences. They return to Canterbury following last year's exceptional performance at University of Kent’s In Conversation with Robert Wyatt". (Facebook Event).
Posted by Svenn at 10:48 PM No comments: 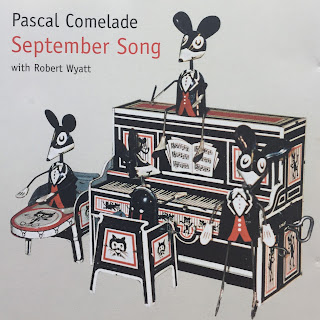 Well it´s that time of the year again, so please have a listen to Pascal Comelade and Robert Wyatt´s beautiful version of "September Song" (Anderson/Will).
It´s on the record "September Song" (Disques Du Soleil Et De L´acier/Delabel 2000), on which you will also find a cover of "Signed Curtain".

In 2016 Because Music released a 6 CD sampler with Pascal Comelade called "Rocanrolorama 1974-2016" (2016). Take a look at the track list on our favourite Wyatt discograpy - Une Discographie De Robert Wyatt - for more interesting material.
Posted by Svenn at 8:22 PM No comments: