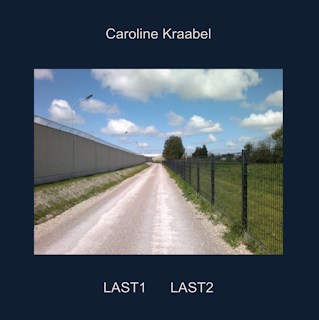 Robert Wyatt´s prerecorded vocals are on both compositions on Caroline Kraabel´s album "Last1 And Last2" (Emanem 2019).

Info stolen from Emanem. Go there for a list of musicians, and place your order:

"LAST is part of a series of CAROLINE KRAABEL pieces mixing live improvisation (sometimes controlled and prepared) with pre-recorded material that reflects its own condition. A few years ago, Kraabel asked ROBERT WYATT if he'd sing a song for this purpose, and after hearing some other work of hers he agreed. The song was written for his voice, but also to be fragmented, interrupting live acoustic music.

CAROLINE KRAABEL conducts 15 improvising musicians on LAST1 (for large ensemble) in one of the most imaginative conducted improvisations ever recorded. They rehearsed without the recorded voice, so none of the musicians had heard the song until they were actually playing LAST1 live.
The quartet in LAST2 (for small ensemble) all knew the voice recording very well. Featured are superlative unaccompanied solos by percussionist RICHARD E HARRISON and saxophonist CAROLINE KRAABEL, as well as a duo of vocalist MAGGIE NICOLS and bassist JOHN EDWARDS - all four improvising at their best.

Both of these concerts, conceived and directed by CAROLINE KRAABEL, were performed at London's Cafe Oto, to raise money to support migrants in northern France. Musicians' profits from sales of the CD will be donated to CARE4CALAIS and Utopia 56".
Posted by Svenn at 10:44 AM No comments:

Robert Wyatt´s version of "Shipbuilding" is used in Joanna Hogg´s movie "The Souvenir" (not in the embedded video).

This is from the review in Rolling Stone: "It takes a while before you even realize where you’re at and what time period the story takes place in (bulky Bolex cameras, the IRA bombing of Harrods department store and Robert Wyatt’s extraordinary 1983 mope-ballad “Shipbuilding” eventually IDs that it’s Thatcher-era Britain). You feel like you’ve been dropped into a flashback already in progress". (Not that I know what a mope-ballad is).

I found this show via the Hibou, Anemone & Bear blog today.

Better check out LAAMB (Lincolnshire Arts and Music Bulletin) on Mixcloud, because this is part one of four podcasts with Robert Wyatt covers.