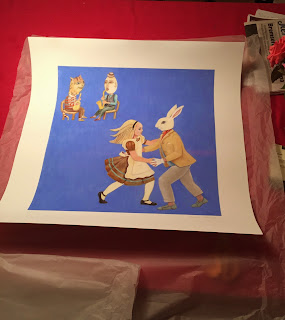 Happy Easter to all of you good folks.

I will have an Easter vacation now, and try to stay offline for more than a week, do some reading, skiing, eating and other things humans do when their not in cyberspace.

Don´t forget the Easter Special over at Hypergallery, where you may buy the same Alfreda Benge artwork that I was unpacking yesterday!
Posted by Svenn at 9:21 PM No comments: 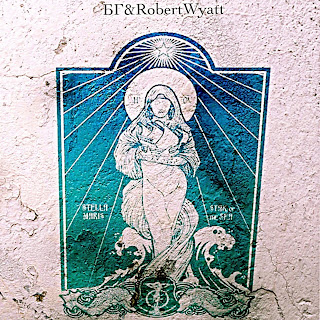 Relax, I haven´t turned to religion, and I´m not going to try to impress you with any knowledge of the Russian musician Boris Grebenshikov, but according to Wikipedia he is one of the most prominent members of the generation which is widely considered the "founding fathers" of Russian rock music.

But I do know something (*drums*): He is releasing a single called "Stella Maris" with our man Robert Wyatt on 13 April 2015!
It is to be released worldwide on iTunes, Amazon and Google Play.

It is a beautiful song based on (or partly being) a plainsong Vespers hymn to Mary called "Ave Maris Stella".

We´ll come back (or update this post) when we know the name of the record company, or hear that it is going to be released in any known physical format.
Posted by Svenn at 9:44 PM No comments:

Going to the west coast of Norway this summer?
Førdefestivalen- Førde Traditional and World Music Festival - is happening 1 - 5 July!

Not that I know all the artists here, but it seems like a great program.
Check out the list of artists here, and they have an English page too.

I wouldn´t be surprised if the Russian band Otava You is able to cook up a party!
Posted by Svenn at 8:31 PM No comments:

TOY: Free Will And Testament

Have a listen to TOY´s cover of Robert Wyatt and Mark Kramer´s ""Free will and testament" for "Attitude is Everything", and organization working to improve deaf and disabled people's access to live music. 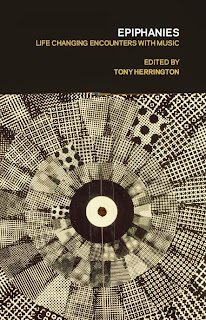 50 of the Wire´s Epiphanies essays have been collected in the anthology "Epiphanies: Life-changing Encounters With Music", edited by Tony Herrington (Strange Attractor, 2015).

"Robert Wyatt on the genius of Ray Charles"

All of the chapters in The Wire Shop and in this piece in The Guardian.
Posted by Svenn at 7:38 PM No comments:

Check out this video by Cyriak for Gong´s latest album "I see You" (Madfish 2014).

Pretty nice way of using whatever loose change he happened to have in his pocket!
Posted by Svenn at 7:19 PM No comments: 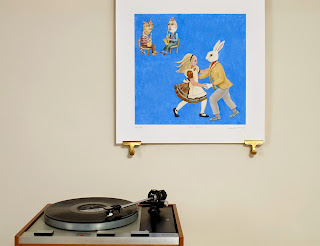 There’s a new signed artist print from Alfreda Benge – a rare one that isn’t from a Robert Wyatt album – being published to celebrate the 150th anniversary of publication of Lewis Carroll´s "Alice in Wonderland".

It’s available for sale at Hypergallery, where Alfie’s prints of "Rock Bottom" (down to the last 20 of this edition now) and "Ruth Is Stranger Than Richard" are also still available.

We already mentioned Skydive´s fine new album on Hubro, and here they play the title track "Sun Moee" at Logen in Bergen (15 March 2015). 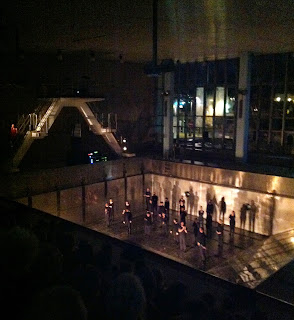 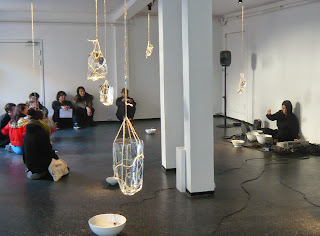 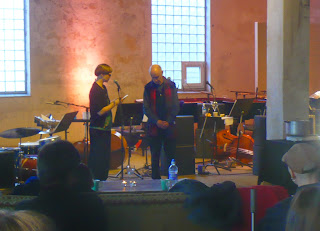 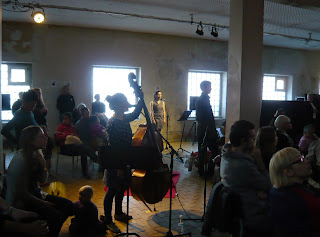 The 2015 version of Bergen´s Borealis festival for experimental music is over.

Check the programme and see if you find the selection of artists interesting!

When you hear that after months of heavy rain (no kidding!), the sun was in fine form during the whole festival, you might consider visiting the festival next time.

The pictures are from most of the concerts I attended. From top to bottom:

- The opening concert in Bergen´s old swimming pool, where the highlight for me was Oliver Coats playing cello and electronics from the top of the diving tower!

- Guro Moe, Maja Ratkje and audience at "Konsertsirkus".
Posted by Svenn at 10:10 PM No comments: 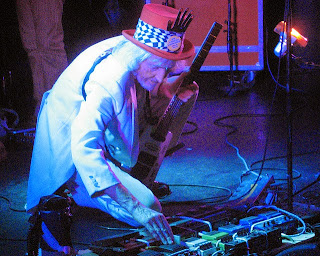 R.I.P. Daevid Allen and thanks a lot!

The Guardian, Pitchfork and UDiscover on the news of his death.
Posted by Svenn at 9:35 PM No comments: 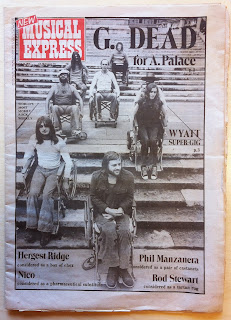 I probably bought this paper back in 1974, and threw it in the waste bin after reading, but thanks to eBay I got it again, more than 40 years later!

New Musical Express August 24 1974 had Robert Wyatt and friends on the front cover, some weeks before his "super-gig" at Theatre Royal Drury Lane 8 September.

Not on the cover, but playing the show: Fred Frith, Hugh Hopper and Ivor Cutler, with John Peel introducing.

According to Michael King´s Robert Wyatt book "Wrong Movements" Dave Stewart says that Richard Branson called all the musicians telling them that Robert wanted them to play this concert without telling him, and then called Wyatt telling him that all the musicians were really keen to play with him!

We may all enjoy the show now on the live album on Domino.
Posted by Svenn at 11:01 AM No comments: 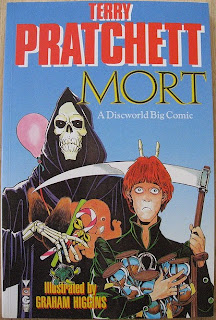 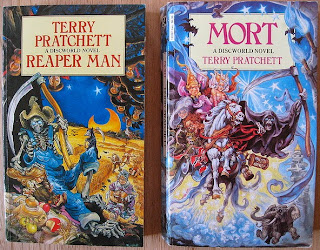 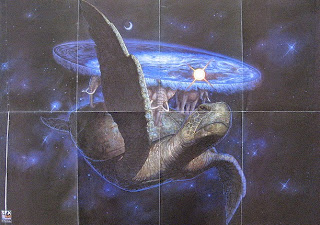 Thanks for all the smiles, laughs and wonderful stories!

Here are some words from The Guardian and BBC (for a starter).

It seems like one of my favorite Discworld characters, Death, hacked The Terry Pratchett twitter account today, tweeting this message: "AT LAST, SIR TERRY, WE MUST WALK TOGETHER", but as the library man I am, my last word will be Ook.
Posted by Svenn at 9:34 PM No comments: 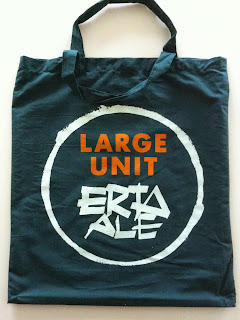 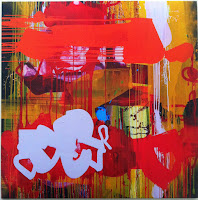 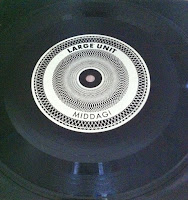 I really had decided not to buy this, but then I saw it in a local store, and suddenly it was mine.
Tote bag, four LPs with different covers made by Terry Nilssen-Love (Paal´s father), a bonus CD called "Live at Moers" and a flexi disc titled "Middag!" (Norwegian for "Dinner!").

You will find more info on PNL Records´ Bandcamp site, where you also may buy digital versions of most of the music (The CD and flexi disx excluded). 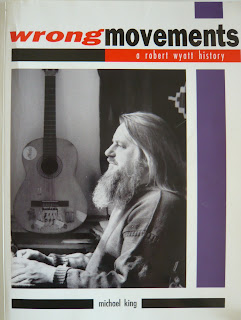 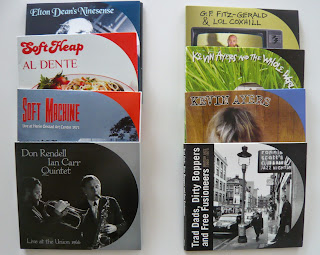 So sad to hear about the death of Michael King.

He was the author of one of my most read books, "Wrong Movements. A Robert Wyatt history" (S.A.F. 1994), and founder of Reel Recordings where he released archival material by Canterbury, prog and jazz artists (Soft Machine, Kevin Ayers, Lol Coxhill, Elton Dean and so on).

Read more over on "Sid Smith´s Postcards From The Yellow Room" and I guess there will be more reactions on "What´s Rattlin´?" too.
Posted by Svenn at 3:10 PM No comments:

Check out this nice pair of songs from Grasscut, the duo of Andrew Phillips and Marcus O’Dair, "Curlews/September Night’s Sky". It is the first single from the album "Everyone Was A Bird", to be released by Lo Recordings in May 2015.
Posted by Svenn at 10:52 PM No comments:

Daevid Allen reads from Khalil Gibran´s "The Prohet" at a "Poetry tribute to Daevid Allen and Gilly Smith" in February 2015.
Posted by Svenn at 9:01 PM No comments:

Oh my, listen to this! Hilde Holsen playing trumpet and electronics in "Lament".

I can´t find much info on her (she is (probably) a student at Norges Musikkhøgskole (The Norwegian Academy Of Music)), and no recordings either? Strange!

This is from her profile on SoundCloud:

"I explore the interaction between trumpet and live electronics. All the electronic sounds are being made of live processed trumpet sounds".
Posted by Svenn at 7:45 PM No comments:

"The EDGE OF WRONG Music Festival started in 2006 and has been running for nine years. EOW aims to create a framework for exploratory music and art that prioritises collaboration between different cultural groupings, most notably South Africans and Norwegians. We believe that the arts provide invaluable and necessary means to bridge cultural differences and expand knowledge systems, and that collaborative artistic projects bring individuals together, facilitating lasting connections between communities".

Morthen Minothi Kristiansen is the (or one of the) driving force(s) behind the festival and Gøthe Lasse Ellevsøy is making the film.

And this project is crowdfunded through Indiegogo. You may contribute whatever amount you want of course, and even buy your way into the film (will cost you 103 USD)!

"Edge of Wrong - where mistakes are glorified"!
Posted by Svenn at 2:08 PM No comments:

The Necks live in Copenhagen

A beatiful video today, recorded at Australian trio The Necks´ concert at Jazzhouse (Copenhagen) in October 2014.

They will tour Europe in April, and for tour dates and interview visit The Quietus.
Posted by Svenn at 8:58 PM No comments: