From YouTube:
"dBL collaboration with Cornish visual artist Roger Thorp for the first instalment of the filmic backdrop to live shows.
The track Mortalman featuring Robert Wyatt is taken from the independently released album 'Fingers Pointing At The Moon' available via http://dworniakbonelapsa.com". 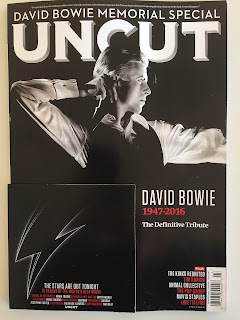 A fine review (8/10 score) of the The Wilde Flowers compilation released on Floating World in Uncut no. 226 March 2016.

A total of three pages including a Q & A interview with Robert Wyatt by Tom Pinnock.

Wyatt is putting things straight by comments so dry you have to brush them off your shoulders smiling:

Q: What part did Daevid Allen play in the development of the group? I understand he introduced you all to a lot of music and art.
A: Yes, I´ve read that too. (before going on)

Q: Kevin (Ayers) must have seemed like a very exotic character when he first appeared in your circles..did he galvanise the group?
A: He certainly added the ´e´ to Wild. For Oscar of course. I don´t recall ´exotic´ being a feature of his presence.........

One of the tracks on the CD coming with this issue of Uncut is The Wilde Flowers´ "Memories" from 1966.
Posted by Svenn at 8:57 PM No comments:

Have a listen to this great cover of Ivor Cutler´s "Little Black Buzzer" by Yorkston/Thorne/Khan!

Yorkston/Thorne/Khan are James Yorkston, Suhail Yusuf Khan and Jon Thorne, and the Cutler cover is taken from their debut album (as a trio) "Everything Sacred" on Domino.

The band (stolen from another video still up):

Added 13 February:
See comment for corrections.
Posted by Svenn at 11:44 AM 2 comments:

Robert Wyatt “In Conversation” with Gavin Esler
With music performed The SoupSongs.

"Critically acclaimed musician Robert Wyatt returns to Canterbury to reignite the Canterbury Sound and talk to BBC journalist and University of Kent Chancellor, Gavin Esler, about a music career which has spanned five decades.

Live music on the night will be performed by The SoupSongs. Robert himself has not appeared on stage for many years, but he and long-time musical collaborator Annie Whitehead have assembled this exceptional group of musicians to perform his work live."
Posted by Svenn at 4:39 PM No comments:

Sea Song / Ocean In The Distance 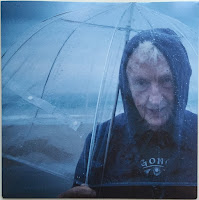 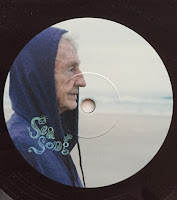 As I already told you I had put in an order for Daevid Allen and The University of Error´s "Sea Song" cover, and it didn´t take long before I had it.

What a beautiful release this is! Great version of "Sea Song" and a fine "Ocean In the Distance" on side b, and check out the photos of Daevid Allen by Ricardo Lionhearto (!)! Innercover to the left there.

Seems like they still have some of the 445 copies (!) for sale over at Planet Gong Bazaar.
Posted by Svenn at 9:22 PM 3 comments: