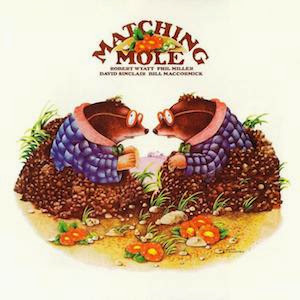 This is probably the same remastered version that was released by Esoteric in on CD in 2012 (see blog post).

You may pre-order from Burning Shed, who says that the inner bag is featuring an essay by Sid Smith. Again probably the same essay as in the booklet of the CD edition.
Posted by Svenn at 7:47 PM No comments:

The musicians are Skodvin (all kinds of instruments), Anne Müller and Mika Posen (strings) and Gareth Davis (clarinet).

More from Sonic Pieces on SoundCloud.
Posted by Svenn at 9:13 PM No comments:

Here is a video of Håkon Kornstad Tenor Battle at the Nattjazz festival in Bergen in May 2014.

See also a video from a church concert at Nattjazz 2012 right here.

Henry Cow and others play the music of Lindsay Cooper

Henry Cow re-form to play the music of Lindsay Cooper this autumn!

It is happening in London 21 November and Huddersfield 21 November, and News From Babel, Oh Moscow and Music For Films are also playing.

Info on musicians and more on YouTube.
Posted by Svenn at 7:21 PM No comments:

NRG Ensemble - Live at The Hideout


I found these steaming videos with NRG Ensemble playing Chicago´s Hideout, on Egil Andersen´s YouTube channel. He usually records all kinds of concerts in Bergen, but seem to have been travelling lately!

Robert Wyatt At Off The Page Festival In September

The fourth edition of Off The Page, The Wire’s literary festival for sound and music, is happening in Bristol Friday 26 September to Sunday 28 September.

"The festival opens on the Friday night with a special audience with Robert Wyatt to coincide with the publication of his authorised biography by Marcus O'Dair".
Posted by Svenn at 12:41 PM No comments:

Phil Minton (voice) and John Russell (guitar) at Mopomoso free improvisation night at the Vortex, London, on 18 May 2014.

Visit Mopomoso´s web site and their YouTube channel for info and videos on free improvised music.
Posted by Svenn at 12:27 PM No comments:

Would you be interested to help funding the film "Romantic Warriors III - Canterbury Tales"?
Then head on over to IndieGoGo for more info on the film and how to help funding.

The film makers promise they will "will guide you through the amazing history, development of the Canterbury school of progressive-rock and its influence on modern bands".
Posted by Svenn at 1:36 PM No comments: 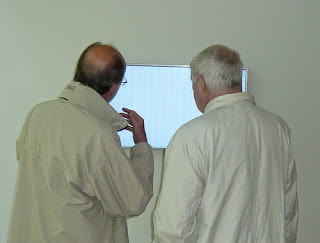 Finally some news from the PUNKT Festival organizers!

PUNKT is happening in Kristiansand 4 - 6 September. There is still no final schedule, and the remix program is not official yet, but here is some info nicked from the PUNKT site:

Friday 5 September features Austrian guitar innovator Fennesz in a solo concert based on his recent, critically acclaimed album “Bécs”, which you can listen to excerpts from here (http://www.self-titledmag.com/2014/05/01/stream-fenneszs-new-bcs-album/ ). The Norwegian duo Spacemonkey (Morten Qvenild / Gard Nilssen) has received rave reviews for their debut album “The Karman Line”, an excerpt and more info can be found here (https://soundcloud.com/hubro/spacemonkey-the-karman-line ). There will be one more concert on Friday evening, and all the concerts at Kick Scene will of course be Live Remixed, the remixers will also be announced later.

On Saturday 6 September, Danish trio Maria Laurette Friis / Kresten Osgood / Dodebum performs at Kick Scene, and so does the Dutch improvising string quartet Zapp 4 (a live recording here http://www.youtube.com/watch?v=Bqyb0e24ILU ), together with Jan Bang. Fennesz is among the live remixers this evening, the other remixers will be announced later. The festival closes with “An Evening with Laurie Anderson” at Fønix Cinema".

No one of the usual suspects like Arve Henriksen, Sidsel Endresen and Nils Petter Molvær present? Remixing perhaps?

The photo is from Moldejazz 2012, showing Keith Rowe and John Tilbury in front of a work by Kjell Bjørgeengen, so there I had three of the PUNKT 2014 artists represented in one old photo.
Posted by Svenn at 7:50 PM No comments: 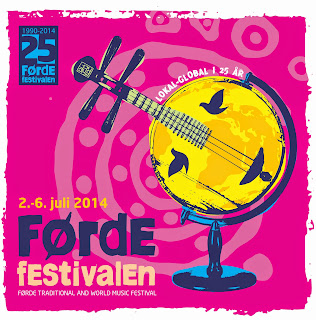 I added another Norwegian festival to the list of links in the blog, The Førde Traditional and World Music Festival.

I have to admit I have never been there yet, (my priorities have been Moldejazz a couple of weeks later, and we drive through Førde on our way from Bergen to Molde), and now they celebrate their 25th year (2 - 6 July). If you plan to visit the west coast of Norway this summer, it might be worth a stop (Førde).

Download the English program from the link above, or check out the Norwegian site.
Posted by Svenn at 1:07 PM No comments:

We had a post on The Dedication Orchestra playing The Blue Notes (at Verona Jazz 2001) back in April, and now Bergi57 uploaded another one. This time they play "Ithi Gqi" by Johnny Dyani. 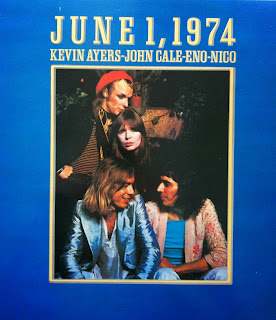 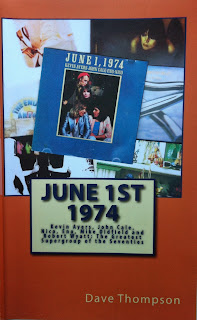 Time flies! Today it is 40 years since the concert at The Rainbow Theatre headlined by Kevin Ayers, John Cale, Brian Eno and Nico, and also with artists like Robert Wyatt and Mike Oldfield.

The live album "June 1, 1974" was released by Island 28 June the same year. I can´t remember when I bought it, but my guess is a couple of years later, and it became one of my favorites, since I had been listening a lot to the involved artists from the early seventies. And it still sounds great!

I have been celebrating by playing the album this weekend of course, and i also read Dave Thompson´s self published book "June 1st 1974: Kevin Ayers, John Cale, Nico, Eno, Mike Oldfield and Robert Wyatt: The Greatest Supergroup of the Seventies" (2013).

The book is more than 300 pages long, and I was hoping for a detailed story about the event, but only 12 of the pages cover the concert and the album! The rest of the book is filled with discographies and description of concerts concerning the main people involved. 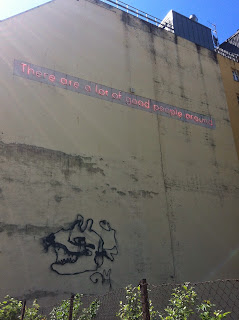 Please remember this: There are a lot of good people around!

(Drawing by street artists Cane Morto).
Posted by Svenn at 8:34 PM No comments: