A couple of records 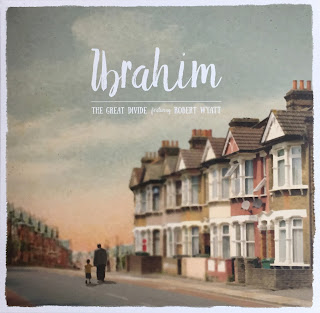 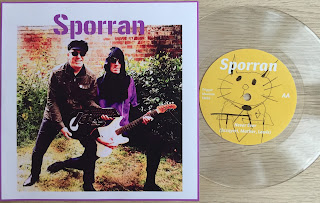 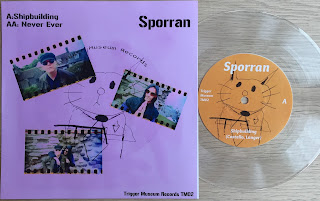 Just a reminder here about a couple of records already mentioned in the blog.

- The Great Divide´s beautiful "Ibrahim" featuring Robert Wyatt. A few copies left on AmazonUK. And it is a 10".
Album scheduled for release in 2017. Just this track with Wyatt I hear.

- Sporran´s glam version of "Shipbuilding" on 7". A Costello/Langer song as you know, but just as much Robert Wyatt´s.
I got my copy from Trigger Museum, transparent vinyl and all!
Posted by Svenn at 6:43 PM No comments:

A cover of "Lullaby for Hamza" by Brighton band The Fiction Aisle from their "Live at Lick" (Chord Orchard 2015). It´s track no. 4.

Thanks for the tip Arie!
Posted by Svenn at 10:53 AM No comments:

There are two versions, one with vocals by Boris Savoldelli and one instrumental.

More info on tracks, band members and how to buy over at MoonJune´s Bandcamp.
Posted by Svenn at 8:55 PM 3 comments:

Have you heard this glam version of Shipbuilding?

On YouTube they claim it is "a sensitive cover version". Agree?

Anyway, it is possible to order a new 7" now from Trigger Museum Records.
Posted by Svenn at 10:35 AM No comments: