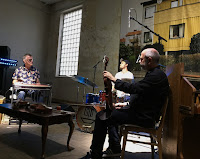 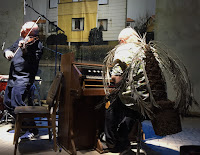 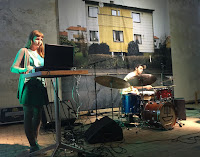 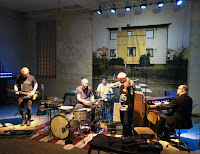 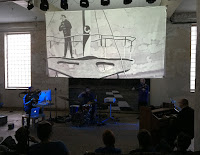 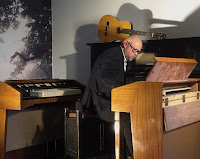 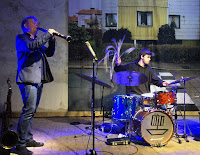 What a great music weekend we just had at the 1982 Festival at Bergen Kjøtt, with four evenings dedicated to the music of 1982 and friends.

A short version of the happenings:

- BJ Cole playing pedal steel with the trio, and no doubt enjoying it. Very nice!
- Kristin Bolstad adding electronics, and both prerecorded and live samples to the folk improv. Worked fine!
- Lumen Drones (check their ECM album!) bringing some volume, rock and drones, ending up inviting the full 1982 trio to participate on a couple of wild numbers!
- Fredrik Rysjedal´s animation, telling the story of his grandfather, to 1982´s music. Touching!
- Trygve Seim and Stian Omenås making 1982 a quintet for the first time, and you may also spot a little guest behind the drums there, making it the 1982 sextet.
- Sigbjørn Apeland presented his new solo project working with instruments that are not working! Quite dusty too some of them. First time I have seen him with a guitar!
- Fredrik Ljungkvist and 1982 playing a quiet and beautiful Sunday concert.
- Elisabeth Færøy Lund exhibiting her photos of houses in a Swedish street.

All four (highly recommended!) 1982 albums have Elisabeth Færøy Lund´s photos on the cover.

As always click on photos for larger versions. If you still wonder about that person with "wings" in photo number two, let me tell you that it is just Sigbjørn Apeland and the only (and quite dead) houseplant in the venue.
Posted by Svenn at 8:45 PM No comments:

Grasscut´s "Radar" (Lo Recordings) is just released as a single, taken from their third album "Everyone Was A Bird".

No physical format as far as I can see, but you get a fine remix done by John Metcalf.

On the song (stolen from the Lo Recordings site): "Literally, and metaphorically, about the search for illumination ‘Radar’ was written by Phillips on a clear cold night in a forest in mid Wales, whilst lights from both across the estuary and the ancient stars above flickered through the trees, and borrows its title and chorus line ‘the world is dark as radar’ from American poet George Oppen".
Posted by Svenn at 6:13 PM No comments:

Slapp Happy with Robert Wyatt: A Little Something

Slapp Happy and Friends with a sweet version of "A Little Something" here, recorded June 25 1974 for John Peel, and broadcasted July 16 1974.

"Europa", "War Is Energy Enslaved" and "Me and Parvati" were also recorded, and Anthony Moore played on all tracks except "A Little Something". 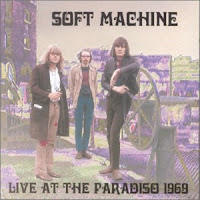 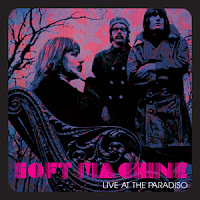 From Meidell´s Vimeo: "The idea for this video was to make something between a concert video and a music video. Creating an engaging visual experience from something that is - at it's core - slow and static. Only one performer playing 25 minutes of improvised, repetitive loop/drone based music utilizing computer and a cassette-player is maybe not the most exciting thing to see on a video, but hypnotic visuals created by the Turkish artist Tolga Balci, and a crew of five photographers made this performance special.
The music is mainly improvised, with a framework worked out beforehand".
Posted by Svenn at 11:01 AM No comments: 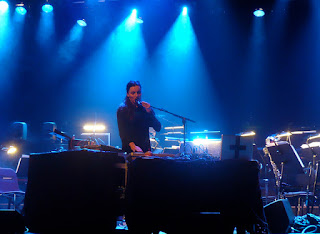 Maja Solveig Kjelstrup Ratkje is festival composer at the Trondheim Chamber Music Festival 20 - 27 September. A total of 15 works by/with Ratkje will be on the festival program.

Check out the program right here.

September in Trondheim might just be the time and place.
Posted by Svenn at 7:29 PM No comments:

Listen to this one by Jono El Grande (real name Jon Andreas Håtun)! It´s "Bach´s Beach" from "Melody Of A Muddled Mason" to be relased on Rune Grammofon in September 2015.

Like it? If your tastes are in the prog - Zappa - Canterbury area you should check out his other albums too!
Posted by Svenn at 6:17 PM No comments: 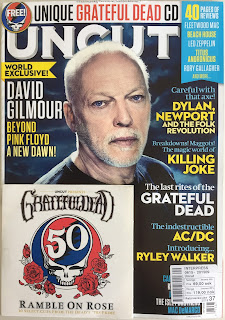 Wyatt is playing cornet on the track "The girl in the yellow dress" on the new album.
On other tracks too?
Posted by Svenn at 10:06 AM No comments:

Sax player Ben Bryden and his band, Ben Bryden’s Velvet Donkey, is "working on a real labour of love, bringing the music of the cult Scottish poet, humorist and songwriter Ivor Cutler, into the jazz canon".

You may support the making of the album "Glasgow Dreamer: The Music of Ivor Cutler" on Indiegogo. Release set for 2016.
Posted by Svenn at 3:27 PM No comments:

Street Art In The Woods 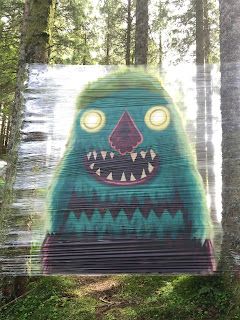 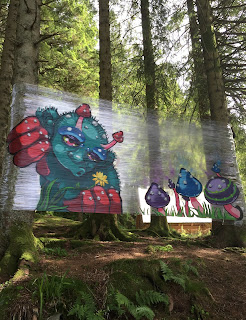 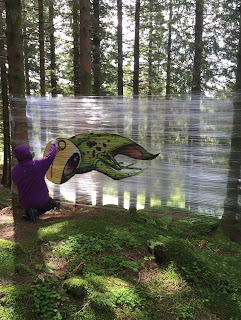 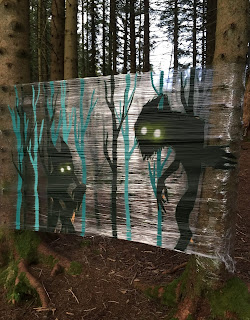 Here are some photos from a great stunt made by Bergen based street artists Barnslig, MuM, Dake and Bares on Mount Fløyen (one of seven mountains surrounding the city).

Trolls, monsters and animals painted on plastic among the trees, made an exciting exhibition (lasting only a couple of days).

Watch a video from the work right here.
Posted by Svenn at 9:47 PM No comments: 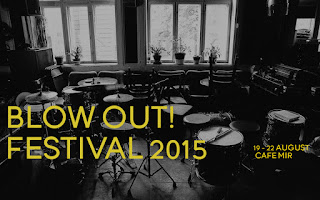 The Blow Out! festival in Oslo is happening 19 - 22 August at Café Mir (and a matiné at Cappelens Forslag).
More on Facebook.


Why don´t you check out Jenny Hval´s new album "Apocalypse, Girl" (Sacred Bones Records, 2015)? (Yes, we have mentioned it already, but once more does nnot hurt.)

Videos for the tracks "Sabbath" and the battle is over" embedded.
Posted by Svenn at 10:40 PM No comments: