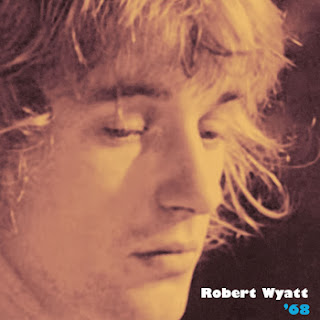 Now folks, will you please find your credit cards and start ordering!
Cuneiform just released what Robert Wyatt calls  "The missing links in my life's work, no less!"

The album "´68" has 5 tracks of demos made by Robert Wyatt in USA, after the Soft Machine tour with Jimi Hendrix Experience in 1968.
The music ended up in different forms on recordings by Soft Machine and Matching Mole, and lots of the music on ´68 is being released here for the first time.

Read more and order over at Cuneiform´s Bandcamp, and check out Aymeric Leroy´s interview with Robert Wyatt when you get your records.