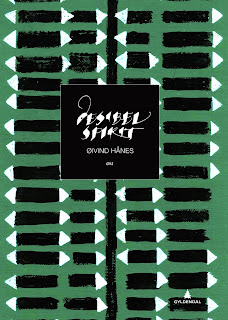 In 2008 we had a blog post called "Rediscover the future now!", about Norwegian author Øivind Hånes´ Robert Wyatt tribute in the magazine "Kreativt Forum".

In his first collection of poems, "Desibel spirit" (Gyldendal 2013), Hånes has a poem dedicated to Robert Wyatt, and if you don´t speak Norwegian (might be a couple!) try to Google translate it (to get the meaning of the words at least). The literature magazine Vinduet published it right here!

My description from the old blog post still apply: "--he describes Wyatt's voice with images like the wind blowing through a hollow dead trunk in an area where no other vegetation exists, and cats walking on broken eggs".
Posted by Svenn at 2:11 PM