Best of 2010 and The Unthanks concert 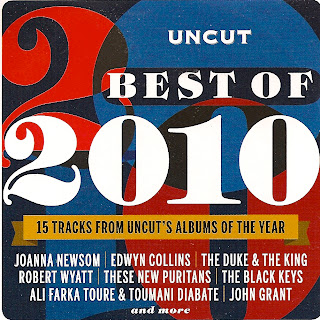 The Independent (13  December 2010) review The Unthanks concert, where they performed songs by  Robert Wyatt and Antony & The Johnsons.

The Unthanks posted the set lists too, and advice people to get out and buy some albums by said artists!


Antony Set:
You Are The Treasure
Another World
Bird Girl
Man Is The Baby
Paddy's Gone
For Today I Am A Boy
You Are My Sister
Spiralling