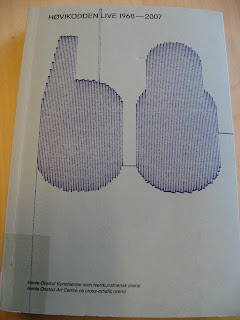 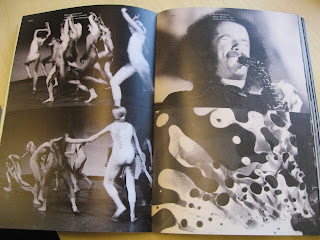 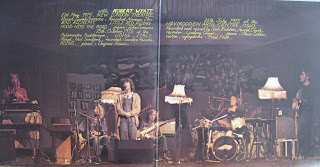 In connection with the concert series Høvikodden LIVE (autumn 2007), and this year's 40 year jubilee for the Henie Onstad Art Centre in Oslo, a book called "Høvikodden Live 1968-2007. Henie Onstad Art Centre as cross-artistic arena" was released (Henie Onstad Art Centre 2007). The book contain short chapters on the history of the centre and a lot of great pictures. As I've mentioned before, Soft Machine played there in 1971, with lights by Mark Boyle. This was towards the end of Robert Wyatt's period as a Soft Machine guy.
In the book they have made an almost complete list of exhibitions and concerts held at the centre, but for one reason or the other, Henry Cow's concert from 25 July 1975 is lacking. The proof is on "Concerts" (Compendium 1976) (see inner cover), and just to make it perfectly clear, we also bring a picture from "The Henry Cow Book" by Chris Cutler and Tim Hodgkinson (1981). (Clicking on the pictures will enlarge them. The magic!). They probably sell the book in the art centre, but really it should be on the net. 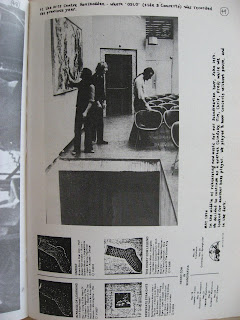