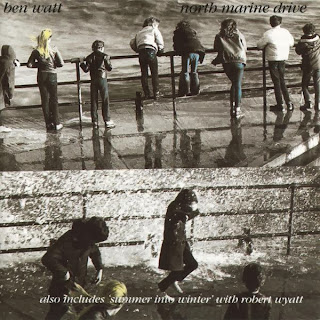 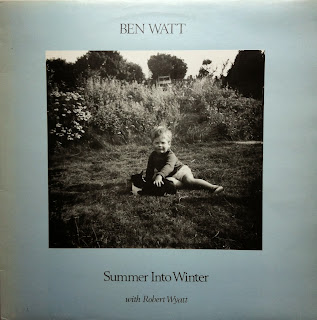 Ben Watt´s 1983 album "North Marine Drive" (Cherry Red) is available again, after a re-press was released a couple of days ago.

"North Marine Drive" is a beautiful album with Ben Watt (g, p, voc) and Peter King (alto saxopohone), and on this CD version you will also find the "Summer Into Winter" 12" (Cherry Red 1982), where Watt was working with Robert Wyatt on two tracks.

Here is what Ben Watt says about the Robert Wyatt tracks on his homepage:

"He played two takes of piano on 'Walter and John' and suggested keeping both, panned left and right. The stuttering interplay of the two parts is really lovely. His voice is so great too. He also played a little solo on 'A Girl in Winter'. If there is a naivety to the lyrics here there is also a great amount of heart".
Posted by Svenn at 1:18 PM